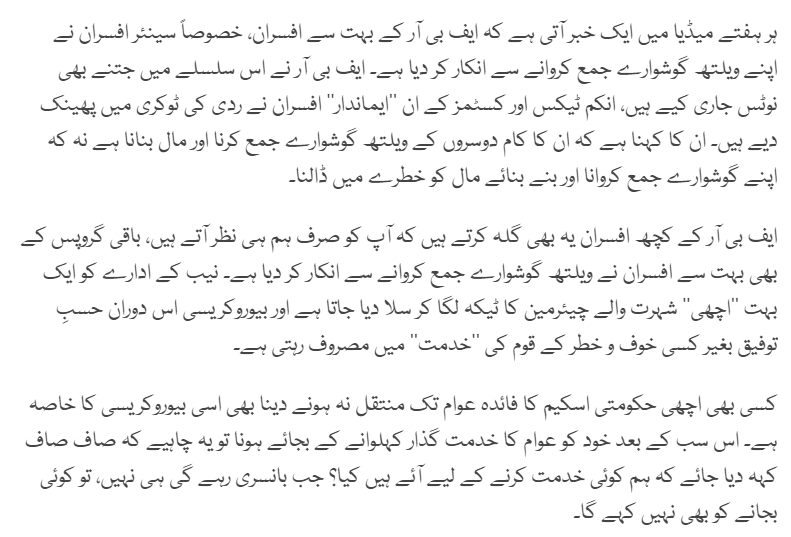 He raised his voice that negative talks about media cannot tolerate in same manners as bureaucracy in Pakistan. He gave an example that Media is there to put neutral viewpoint about anything happening in Pakistan in front of Pakistan’ population but when someone in same population raises his voice against Media (negative role) would not spare at any cost. After reading the same article written by Randawa one has observed that Politicians in Pakistan were not left from eye of critic. He laid his attention towards politicians and proved that same kind of criticism never hurts Politicians in Pakistan.

Now there were three big pillers one can see while reading that article. One about Role of Bureaucracy in Pakistan, media role in Pakistan and politicians influence in Pakistan. One cannot control his mind not to laugh at that moment when Randawa Speaks about the concept of Black sheep in Pakistan. He made request to Urdu administration generally to remove the word “Kali Bahran” black Sheep because now the situations is entirely different from Past.

He perceived that there may be one of two corrupt persons in past but now there are lots of people with the same title and no one there to blame on them. Pakistan is glaring example of such place where the concept of black sheep cannot apply because if someone apply then who is going to blame? A new word added to my dictionary after reading that article was the white sheep termed for politicians, media and Bureaucracy in Pakistan.