It is needed to define before classical theoretical aspect that peace came through a classical balance of power should replace the system of collective security. The replacement is not as easy as narrated by one in such a simple sentence. The idea of the rule of law claim is just about the same aspect. One can say that may be the rule of law implemented at different levels domestically. The rule of law should transfer from domestic level to international level in classical approach.

After the transfer, things became easy for the successful implication of international perspective. One should think towards another perspective as well those mutual interests have the dramatic impact on the rule of law.   The classical diplomacy approach was there with the war and shows that how the war disrupted the concept of the classical approach. The First World War has explored the new ways towards international politics. 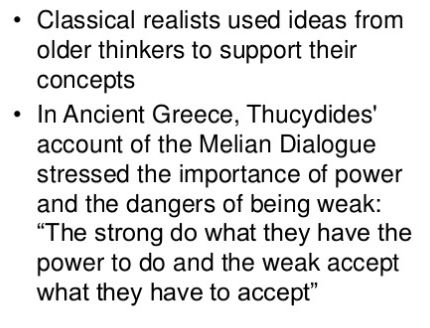 The welfare system at humanitarian basis always best one that may handle welfare systems at the highest level. The classical theory is a good life but relatively it is all about the survival aspect. It is mandatory to clarify that how the social life is so much confined towards the analysis of international affairs. The man control towards the social life is all basics about the view of the classical theory of international relations. Further, the way towards the utopian temperament is there to achieve the best in classical paradigm. It is not so difficult that society of states not so possible in a contemporary way towards specific class. There are many mindsets who believes that how to respond ideally towards the utopian style of government in the best way.