There is no denial that in provision of capital finance for other developing countries, the first name is world Bank. The caring institutions to strengthen nation economically by supporting them through finance. Those capital programs that are providing strength against poverty as well as some moral support also comes from World Bank.

The reduction of poverty is not under head of crises because poverty is normal thing and mostly comes through capitalist mindset, logically. World Bank tackle issues as described. IMF actually different in reforming economic sector with crises management only. The capital investing is KPI of World Bank and IMF’s is only to monitor crises as policy. 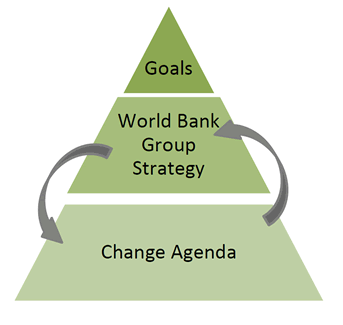 The sad thing about these two authorities is only about governing  and administration upon these two authorities. Since establishment the governing issues was main thing that7 tends Media to exploits worth of World Bank and IMF. Researchers did much work upon it. Many scholars did work and shown that there are some challenges that ere really need full time dedication to resolve at major level.

Professor Ngaire Woods had put efforts at large scale to show what is good for bring governing authority at first level. Most of reforms s suggested by her was actually dealing with governing management and accountability so that each nation can use its right to get reality behind complex processes. The biggest issue that World Bank and IMF is responsible to apply its policies at about 186 countries realistically but only run by some countries that are not economically sound. If one juts pondered upon this only thing that it can easily analyze that it is possible that those countries can drive IMF and World Bank according to their will. So, rather than any negative aspect by this thinking one can say that both should think about this governing diversity.

It is not as imaginary talk only because Media showed that interest of those nations are dominate behind every activity invested by both  in developing countries. This negativity is major constraint in achieving objectives and there should be reforms against these issues as soon as possible.

The first and foremost thing EU and USA can take is by re structuring voting system. Historically proved that voting structure was enough to show effectiveness in working style of World Bank and IMF as in 2010. The only solution in this way can help out increasing trust level of World Bank and IMF at stage of developing countries.