The issue starts with unanimously allocation of region with Tribunal Award of 1968. The issue of Sir Creek posed a big problem in the early days after independence of Pakistan. To resolve this issues particular solution was needed so that issue can resolve on permanent basis. Nevertheless, it was not only a issue of isolating India and Pakistan, it was matter of economic gains.

The 96 Km boundary between Gujarat state of India and Sind province of Pakistan is conflicted territory between India and Pakistan. It created many critics on both sides and civil society intervention in this is another delayed issue as other issues between India and Pakistan. The major thing of conflict is economic significance because creek opens in Arabian Sea. It is small creek of water but it is more for economic outcomes for both countries.

At National level, still issue is getting importance for bother Government so that they can think and share their economic benefits. There is several meetings show positive in resolving issues as recently by Pervez Rashid in his address to Media on 12 July 2015. According to recent issues raised by media, Sir Creek issue was big one. Both countries want to explore confidence-building measures that are best in defining issues with resolving mindset. 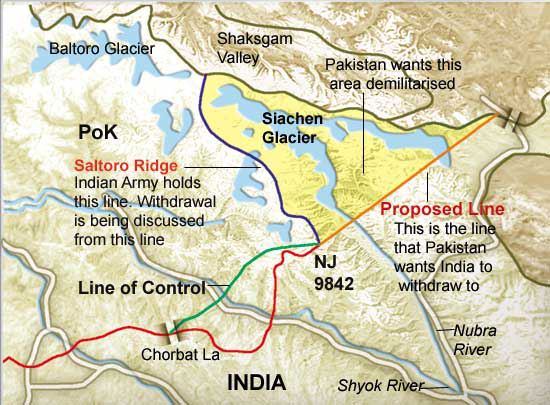 Still those confidence-building measures are missing part in bilateral relations between India and Pakistan. Siachen Glacier is largest peak in world and showed that how much it is related with bilateral relation between countries. Defense sectors of bother countries considered it as burden because there is no human residing but still it is important with economic lens only. It is unresolved terminal point of Indo-Pak and many instructions are suffering under such unrest.  Fishermen and trawlers are struggling with their life due to lack of resources and even necessities for life in those regions.

Issue remains there because value difference between civil societies of both countries is high. Future seems good because civil societies between two countries are now less aggressive about each other. People of both nations are transferring values from, one border to another. Civil societies never think to leave any unresolved issue for next generation at least. The role of media is only hope to resolve these issues and accept it with all odds. For example, civil and military meetings on 2nd December 2012 in New Delhi in seminar was positive sign. Soon, Confidence building measures (CBMs) would achieve their agenda and issues would resolve at pragmatic platform.