There is no question that the roots of Psychoanalytic Feminism is directly linked with the Sigmund Freud. The Sigmund Freud negates that the children are sexless in all aspect. For this he made many conclusions based upon the sex inheritance even in smallest age. His time was the time when the children was entirely considered as sexuality-less in different perspective but the patient-central intervention has been achieved in different ways. The conclusions that gives the shadow of his thoughts entirely done through the proper regulations according to that time. (Chodorow, 1989)

Every stage have its own characteristics and show that every stage at the end have some elements of pleasure that are vital at individual level. That age was considered as the element in which the child can discovered some elements of pleasure. The genitals now draw the attention towards the child inheritance for the sake of success in this paradigm shift. The mother is the key element that can arise the lust of child because he considered her as the sex partner without any society’ limitation. Essentially, feminists have some other mindset about the Freud and his theoretical interventions. (Chodorow, 1989) 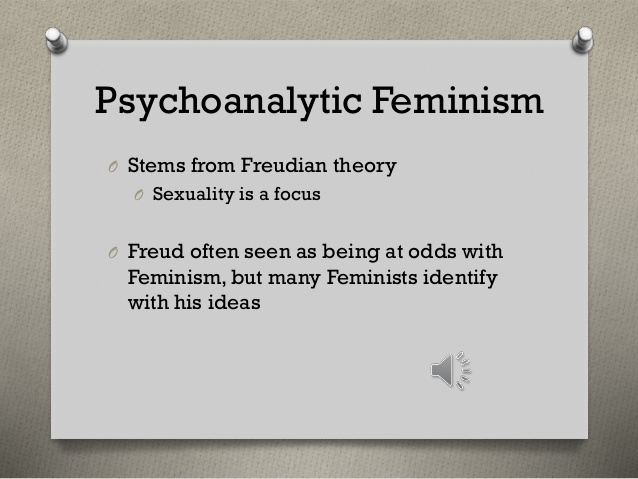 They think that the biology is nothing to do with the women inequality win the society. Oppositely, it is the social position and powerlessness of women that relative to men in different ways. The social construction of femininity is the way that always dismantle the conceptual framework with different perspective in comparison. Alfred Alder is another thinker that endorse the later ideas about the Feminism in psychoanalytic paradigm in the responsive way but not with the reformative way. (Chodorow, 1989)

The women is not so inferior in the society as the men created their image forcefully. In the end, one can say that Psychoanalytic feminism can be negate through the transformation of existed concepts of legal, political, economic as well as social structure that were wrongly considered by the different mindset of society. The transformation of women’s psychology from all minds of society can endorse the importance and even regulate the intervention about the equality of women in the society. (Chodorow, 1989)