It is difficult to define the violence but not so difficult now a day in which violence is being implemented in complete code of life through the most miserable stage. Violence is all about the action that is against the different segments of society and activities that are highly related with the scale of information as per the defined values. The action towards the normal thing through aggressive intention is violence. The action along with the way of inaction sometimes also regarded as the violence in different mindsets. (Price, 2012)

This is the particular arrangements as well. The specification of violence discussed literally the three kinds of specific harm towards the women. One and the most important in structural violence is about the physical harm and such harm is relevant with almost all victims of the society across the societies. The psychological harm always happen when the consistent approach of violence is being adopted by the person who is directly involved in violence. (Price, 2012) 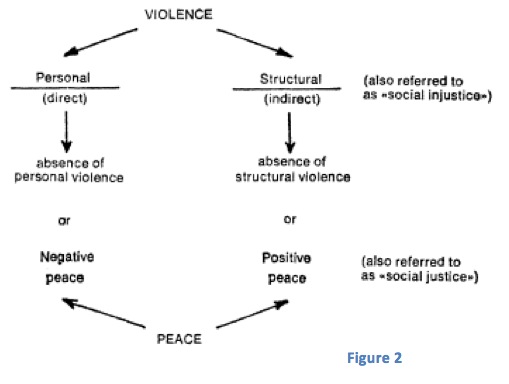 The next level of harm is the social harm because this harm is so much devastating for the entire community in various aspects. The violence is being the only way to show that how the community can be subordinate with the various aspects and ways to behave. The deliberately committed action that is very disruptive for the various reasons is another way to think about the community at various levels. (Price, 2012)

The people behind such deliberately actions are always being negated by the various aspects with the several reasons so far. The violence have the dual phase thing that has the two kinds of affects. One that is affected by it starts to show reaction and the other who is the ultimate reason of such behavior. The forms of power is the biggest challenge that is the biggest way to considered this reckless thing in the worst form. (Price, 2012)

This exercise of power is the ultimate thing that never penetrates until there is someone who always exercise this thing.. The social forms are always negated throughout the procedure of violence, The context is matters a lot that is the ultimate cause of the violence. (Price, 2012)

The power is the main reason of violence and this kind of violence never ends because the wish to gain power is never minimized so far. The social structure is another thing that negate the societal form because the violence is the chance where the response at both levels are equal in recognitions. (Price, 2012)