A name that have no need to introduction at all; Malala Yousufzai. Some called her a a lady of south Asia with the dream of education in those dark stages where it was not possible at all because of the existence of Taliban specifically in Pakistan. The Pakistan as the name of land have many unfortunate events. The women is always considered as the part of society and Pakistan have no exception at all. This is the real Pakistan but the reality that has been shown at western media. The west is still not reliable in extracting the facts of Pakistan and same the case with the Malala Yousufzai. (Agencies , 2012)

The national and international media consists several aspects about the same case and still the irony exists among the media. the national media somehow believed that the Malala Yousufzai was the entirely an inside job and nothing to do with the Talibans. The other was of the story presented some evidences that Malala Yousufzai was even not an Pakistan by birth. The point to ponder here is not to indulge our students to discuss the critics as the society is being presented over here because many men many words are being successfully applied in the case of Malala Yousufzai and this was the most ironic thing that did not support the Pakistan in the anyway. (Paracha, 2013) 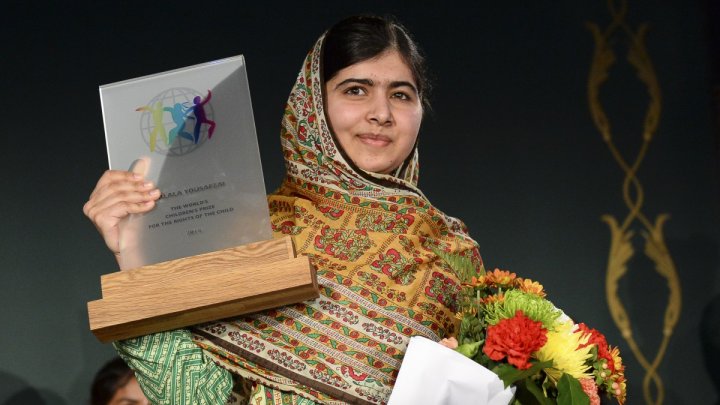 The third section of the story is here and having the strong link but in two phases. The one phase showed that there are elements in Pakistan that did not wants the rising of women particularly in Pakistan and most importantly in north Waziristan. There was a lady who actually praising the education system of Pakistan and showed that the women at big level and girls at school level even can participate in the change in mindset of international media about the Pakistan but all before the shoot of girl on October 9, 2012. (Paracha, 2013)

The girl is the most courageous girl of the Pakistan because no one even thinking about the such kinds of social acts in schools in that area of swat where most of schools were targeted at that time. This phase was the negative one and was remain there for about one year both in national and international media. The positive side of the phase is still continue. There are many interviews since has recovered till now because the main focused of the girl is the education and education is the hot topic worldwide. (Agencies , 2012)

The agenda of recovered Malala Yousufzai was only education, is education and may be education as per the confidence still explorative at her face. Apart from the facts the best and most positive impacts comes out of it that Malala Yousufzai now becomes the symbol for the girls in Pakistan in terms of education that gives a message to western media that Pakistan is shifting towards the empowering women rather oppressing her in real times. (Paracha, 2013)