Commonwealth, with 54 members including UK, is an international organization and Queen Elizabeth II is the head of this organization. It is also sometimes called the organization of ‘like-minded’ peoples because all members share the same history; they were former colonies of UK, have same administrative and Judicial System. There is no constitutional structure of the organization but it operates on the principles of democracy, individual liberty, free trade, human rights and multilateralism. Moreover there is no compulsion for any member to join or withdraw. As the case of Pakistan is concerned it became its member when it got independence in 1947 and is still a member of it except during the period of 1974 till 1989 and transient suspension following Musharraf’s declaration of emergency. The role played by Pakistan in commonwealth and challenges for Pakistan is outlined as under. So have the idea for Pakistan Role In Commonwealth

There are mainly two schools of thought regarding Pakistan’s membership of commonwealth. One school of thought opines that Pakistan should have not joined commonwealth because unlike India she has not accepted Lord Mountbatten as its Governor General after independence so it’s evident that UK would prefer India in all outstanding issues between Pakistan and India. Second school of thought says that Pakistan should not withdraw from commonwealth because in this organization all the members are considered on equitable terms and UK keeps no grudges with any members.

But the history of commonwealth and Pakistan relation with it tells a different story. It’s role in resolving main disputes between the two neighboring countries is not promising as it’s in the case of UN which have given impetus to the idea that Pakistan’s membership of commonwealth is not worthy. 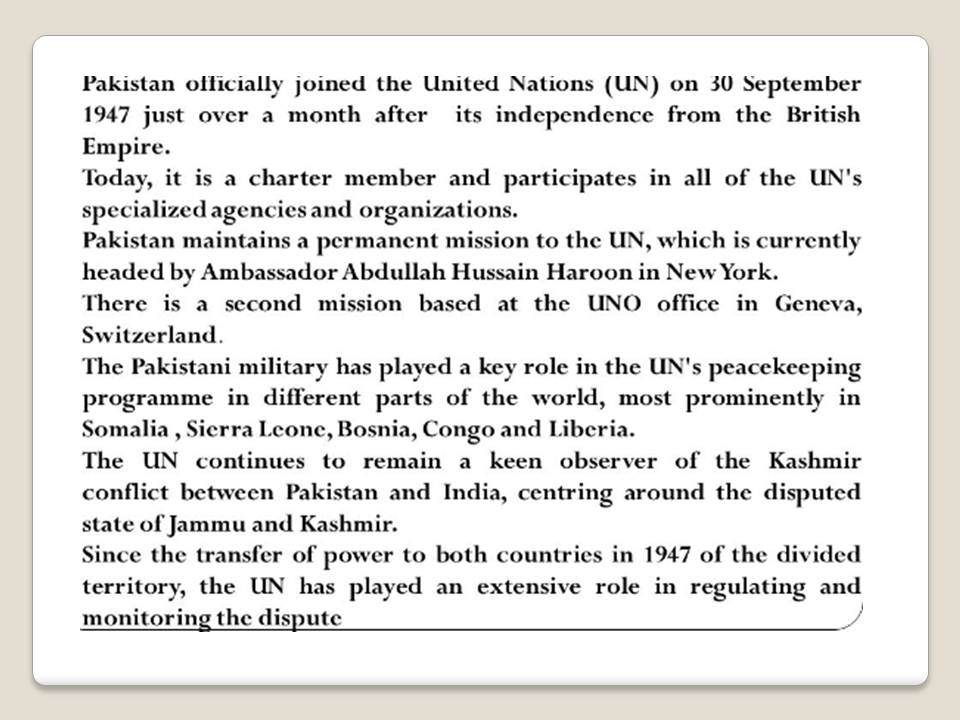 On the other hand if Pakistan withdrew from commonwealth than it can face different challenges as she did faced during 1974-1989. Commonwealth is an organization where Pakistan, besides its security issues with India and Kashmir, can promote her socio-economic interests because in this regard the organization’s secretariat provides technical assistance to the particular government of the respective country. It can also prove fruitful in building Pakistan positive image in the world community and progress and promote her culture and sports sectors.

In short, despite the bleak picture in the field of security and Kashmir issue Pakistan have played and should further its role in commonwealth to boost her socioeconomic , sports, culture and literature. It can also, while using this forum, build cordial relations with the member countries which can prove fruitfull in times of crisis.