The field is struggling for the meaning of gender in this society. There are many societal factors that may endorse the study and even some elements negates them. The supporters of the gender studies pursuit it for the sake of general interest and the elements who negates it are doing so at individual basis. There is only one subject, introduced by the societal thinkers, impartial scholars and true learners about the gender studies, so that students can get familiar with gender at broad perspective. Under the normal circumstances, the four dimensions of this segment of the society studied in Gender studies.

Firstly, the historical foundations of the gender studies and the origin of this subject. The time bounded techniques had been used in this exploration. For example, Theories of Women’s Studies by Gloria Bowles basically pursuits for the historical bindings of the studies and demonstrates the foots of this study as the proper discipline in many aspect.

Secondly, the subject matter covers the grounds of economic way and the action needed for the economic part in terms of gender studies. For example, the study initiated by Micaela Di Leonardo, proposed the linkage of Gender studies with the materialist approach and the approach that shows that the meaning and the hidden knowledge behind the meaning is not the only requirement of this literature. Oppositely, the political economy and the dimensions of political economy is also a way of thinking in all aspects. There is known linkage between the political economy and the gender studies. the subject matter also showed that the globalization is pursuit for this change because the nature of the studies is highly depends upon the female character of this world more than male. The study of BF Reskin proposed the reality of the male occupations and the same occupations are consistently adopting by female with the same pace. 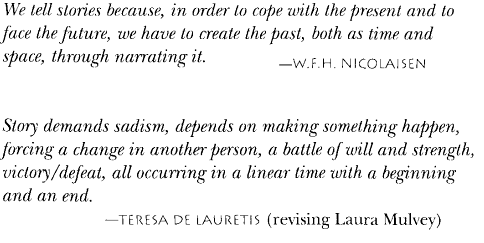 Thirdly, the history is also something that is non changeable and constitutes importance because of endorsement by the historian of sociology and anthropology. There is strong link between these two different mindset and there is new subject comes with the new idea and the mindset to think about the gender. Cristina Bacchilega in his book Postmodern Faily Tale: Gender and Narrative Strategies proposed about the same idea. The initial ideas presented by him in the book told a old story with the modern language in justified way about historical background of the gender studies with new look. The acts that was doing repeatedly by the gender is actually inherited in him for long.

Fourthly, while the introductory material presented here said about the gender and the studies directly related with the gender in best possible way showed that the Feminism and are acts as both the private and the public one. The idea boosted while the JB Landes studied about the linkage of philosophy with this subject. The same writer proposed that the cultural studies are also closely related with the gender studies because the culture is also amalgamation of both sex with different proportions. The same gender study in philosophical paradigm constitutes some roots in epistemology as well. The developmental studies endorses its usage and take as good in all aspects. K Lennon and M Whiford also initiates the study about in 1994 about the feminist view, feminist thinking and the Feminist schools of thoughts about the epistemology in well mannered way.

In the end, one can say that the initial draft presented by Gloria Bowles and Renate Duelli Klein was the best draft of theories of the women studies. The study that open another door for thinkers, writers and scholars so that they can collect the ideas from the society for the gender studies and presents some argumentative studies in this streamline. Theories of women’s Studies is articulated draft and the draft included the fourteen papers . The papers that showed the how much a female have right in this society.